Got Resolutions? First, Get Miserable

Originally published for my column Inner Actions on Feminist.com

Everybody is ready for 2020 to be over. And maybe you want to personally show up in a more healthy way for 2021. 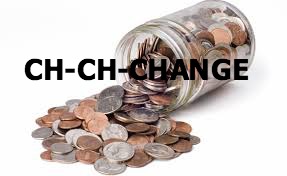 I am sure you have at some point, at the beginning of some New Year, set out to change your dietary habits, exercise regime and maybe even control your temper a little better or pay more attention to your kids. You’ve aimed at a fresh start, and set out to do what’s better for you and those around you. And if you’re lucky, these changes lasted until, say, mid-February, before you slipped back into all your default behaviors and patterns.

Ah, real change . . . what is it that makes it so elusive? Are we weak willed? Do we really lack discipline? For one, real change is often cyclical, so set backs are just a part of the overall process of transformation. But we forget that, and feel discouraged, and give up. We also forget how difficult change can be, because these days, some changes are so easy. If you want to change the lines on your face, for a fee and mild discomfort, you can get a shot. If you want to reduce your appetite, you can staple your stomach. If you want to escape negativity, you can “think positive thoughts” . . . and although that doesn’t really work, there still appears to be so many simple alternatives to the very challenging notion of REAL behavioral change.

The upset, sacrifice and vulnerability that often come with real change can scare us into a state of being in which the desire to change is not enough to motivate us to do it. Knowing what’s healthy or good for us is not enough either. We need help from others and from motivating forces to propel us through the grief and disorientation that some changes require.

I invite you, in your resolution making this year, to include three little dark creatures that are disguised as enemies, but are invaluable in helping you really bite the bullet and move towards your potential. They are: High Anxiety, Sheer Misery, and the Threat of Losing (or the actual loss of) Love. Although you may need all three to come knocking simultaneously at your door before you take up the journey of transformation, here are some examples of how they have helped others follow through on their resolutions for good.

High Anxiety: Anxiety is a great motivator. Anxious about how you will be perceived at your high school reunion? It could help you get to the gym. Anxious about your upcoming presentation at work? It can push you to be extra prepared. And then there’s Joanne.

Joanne loved her work as an executive in the fashion industry and she was busier than busy. Her ability to accomplish many things and do them well was a marvel. Everyone told her that she had to slow down and take some time for herself. Every year, Joanne would swear she was going to – she planned to hire another assistant, make time for exercise, get a massage and call her friends. And every year she had to cancel her spa day and her gym locker reservation because too much was going on.

And then one day on her way back to the office from a meeting, she encountered the scariest thing she had ever been through. Something in her seized up. She didn’t know what was happening and she couldn’t breathe. In the ER, after diagnosing her with a panic attack, they also told her that her blood pressure was too high and she was at risk for heart disease. Joanne feared illness more than anything. The panic attack may have been brought on by the stress in her life, but it was the anxiety of potentially getting really sick that caused her to reach out and get the help she needed to once and for all change her frantic lifestyle.

Sheer Misery: Dire physical and emotional pain can be an incredible proponent for real and lasting change. When Ed’s back went out for the fourth time in one year, he had had enough. He hated being incapacitated and unable to work or play with his kids, and with the physical pain, it all added up to Sheer Misery. Although it had been recommended to him for years, he finally took up Pilates (“that girlie exercise”) and he has strengthened his core and reduced his back pain and outages significantly.

Sheer misery is also known as the hell of “hitting bottom.” It is when you finally say to yourself, “I will never feel this way again” and no matter what, the memory of that pain haunts you and propels you forward.

Threat of Loss: It is the central theme of most good Rom Coms (that would be, romantic comedies, known to many as “chick flicks”). One partner acts blindly and takes the love of the other for granted, or blatantly treats them with disrespect. And they are not inspired to change the behavior until the other leaves, or gets deathly ill.

Perhaps the most powerful motivation to change gets elicited by the very real threat of losing someone or something we hold dear.

Can you change before you get to that point? Before your job is on the line, your wife threatens divorce, or your health is on the brink? It is a question to bring with you into the New Year. In the meantime don’t be hard on yourself, because these feelings states — High Anxiety, Sheer Misery and Potential Loss — will come around to push you into your truth when no one else can or will. And when they do, take heed. Don’t push them away and let them escalate into disaster. We may hate them, but they can be our friends, the motivating forces saying: “You are stronger than you think! Get on that treadmill! Write that book! Really BE with your loved ones, and live life to the fullest!”

But you may need to be miserable first.

And remember, Love yourself no matter what.

4 responses to “Got Resolutions? First, Get Miserable”