How to Have the Same Fight Over and Over

This is the first of a seven-post series on Leadership in Relationship.

I decided to kick off the Leadership in Relationship blog series by having some fun with a well-known topic to most of us in relationship: fighting.

If you’re in a partnership, romantic or business, at some point in time you are going to disagree. Conflict is unavoidable. And some people, maybe even you, make a habit of it. In fact, you would be surprised at how many people seem to enjoy chronic antagonism.

Fighting in a loop de loop is a treacherous sport. 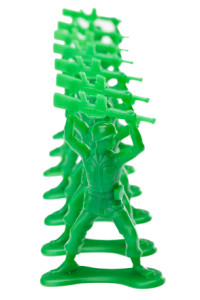 But if you’re looking to ‘up your game’ of passionate antagonism, here are:

5 Easy Steps to Have the Same Fight Over and Over

1. Pay close attention to the content: Who said what, when, where, why and how they said it must be of utmost importance. Listen carefully to the words your sparring partner is using and leverage their misrepresentations to defend yourself and fight back with more words. Scour the details and gather evidence from them for proof of your point. If you want to keep arguing about the same thing, content is your ticket. You must believe that what you are really arguing about is based solely on what is being said in order to stay in the game.

2. Dig your heels in, to win! Make winning the fight — whatever that means — and getting your way, or getting your point of view to be the agreed upon narrative your number one priority. Stay in the ring. Embrace the power struggle. Place blame when necessary. If you are feelling really threatened, use name calling as last resort. DO NOT go for a walk, take five, or even a breath. Don’t let the bone out of your mouth until you are the last one standing with it. Repeat as necessary.

3. Give in to reactivity and oversensitivity. If you’re questioning whether or not that little, potentially sarcastic comment your partner made at dinner was a dig, don’t. Not only should you refrain from doubting your experience, you should harp on it. You can either go over it inside your head again and again, building steam so that you can explode later, or you can give the reins to your emotional reactions right there and then. Allow them full expression (although pretending you’re trying to restrain yourself can be a nice added touch), even if you are in a mall, a movie or at dinner with colleagues or in-laws.

4. Refer to history. Link back to other fights and trespasses that happened weeks, months or even years ago — especially ones you’ve harbored resentment for but never before brought up. Keep trying to resolve those hurts from the past. After all, this might finally be the fight in which they get resolved!

5. Eschew Personal (or Any Type of) Reflection: You know those pesky questions that healthy and mature people ask themselves? Questions like, What are we getting out of arguing like this? Is there a better way to communicate to get my needs met? Is there a way to be on the same team about this issue? FORGET THEM. Or any type of reflective pause. They have the potential to interrupt the fight cycle and land you in a less aggressive, more aligned stance. Then what would you do?

6. Avoid Having Sex. When you have the same fight over and over, you are channeling your natural impulses for aggression and play into separation and misery. Having sex would utilize that aggression and entanglement to create intimacy and ecstasy. Who needs that?! Plus, not having sex will land you the ability to fight about SEX, so keep going!

Not that this post was not written from personal experience or anything, ahem, but now that I’ve shared my ways, how do you stay in the same fight over and over? Share in the comments below. Reminder:

This is the first of a seven-post series on Leadership in Relationship. The next several posts will more seriously document four main ways to lead in relationship. Not all posts will be broadcast on social media, so if you want to get them all, be sure to sign up for authority updates in the box below!

Want to learn how to stand in your authority in intimacy? Don’t miss your chance, in the Intimate Authority Online Course,  starting May, 18 2015!