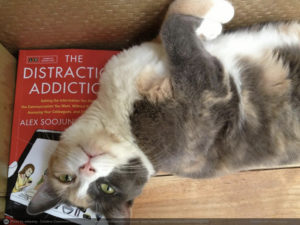 The Need for Reflection

A leader I work with had a problem: His company was growing.

Growth is always what we aim for, but if you’ve been around a while, you know how stressful it can be. For this leader, it meant more travel, more email backlog, and two new hires to help with the workload, which meant two new people to onboard and supervise.

He wanted me to help him organize himself better, but he was so busy he could hardly make it to our meetings, which were practically mandated by a supportive board member. He didn’t see any point to coaching, because what he most needed was to decrease his workload, and he didn’t see any possibilities for that. I reassured him that I had no authority or intention to reduce his workload, but perhaps I could help him make sense of it. He was dubious, but at his wit’s end, so he decided to give it a shot.

Distraction and its discontents

This leader shared that every time he started the day committed to making things happen, he felt restricted by the constant dinging of his cell phone, and dramatic emergencies of his staff, ones he thought they should be able to handle.

The swarm of seemingly urgent activity has real consequences for leaders. It can incite feelings of impotence; which in turn prompt board members to feel anxious, and leave staff members feeling as though they are spinning, unable to anchor themselves in their roles.

What can be done to build focus in an overwhelming job in a distracted world? Click To Tweet

Take the time to Synthesize

You may feel you don’t have time to slow down, but leadership thrives when you take the time to synthesize.

During our first meeting, he realized that some staffing issues, which he thought were an aside to all the growth that was happening, were 100% connected to it. This freed him from the mountain of concern that his staff were on a downward spiral and helped him lead more stratigacally.

In our next meeting he had just returned from a conference, therefore “there was nothing to discuss.” However, a few questions later, he had an innovative idea for how to follow-up with a few high potential partnerships, and revealed his inexplicable repulsion for a leader in the field who deeply bothered him, such that he couldn’t shake it. After some further unpacking and synthesizing, we discovered that this leader modeled a new direction for industry growth, one that he did not support. He gained more clarity about how to comport himself in this next phase, and perhaps more importantly, how to keep his organization moving forward on its own unique path.

After our third meeting, I got an email from him, letting me know that his email backlog was the worst it’s ever been, in part because of the time spent on the phone with me. And yet, he confessed, the perspective he gained from synthesizing everything on his plate helped him to feel lighter, freer and more in control in the position.

Give yourself a few minutes at the end of each week to review where you’ve been, literally and figuratively. If you don’t have an executive coach to help you weave all the moving parts of your job into a useful narrative, a great way to synthesize your week is to reflect on it and give it a chapter title. Nothing fancy, nothing too complex, e.g., Getting our Ducks in a Row; Growing Pains; or Exploring New Partners and Possibilities. If you can’t somewhat easily select a title for the week, it’s possible you’re focusing in too closely on too many things.

You may not have control over the myriad of distracting opportunities and crises that present themselves. It’s not always easy to take the time to contemplate and synthesize the different threads of staff engagement, productivity, financials and governance, and see what themes might be connecting them all. But when you do, your staff will feel it. And it just might give their work more meaning, too.

Distraction is inevitable, but synthesis leads to mastery.