Leadership and Avoidance: A Sometime Strategy 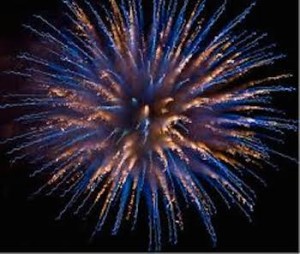 In the past few posts, I have been exploring a new way for singles and couples to approach relationships — following a model I developed that uses leadership and business skills to enhance intimacy. This week I’ll be posting examples of how real-life people are using these skills to experience more love, less drama and steer their relationships in the right direction.

Kathy and Ed* are middle-aged professionals who began a friendship while going through their respective divorces and became even closer when their children left the nest. Their divorces were painful events that propelled them each to do a lot of inner work, and as a result they matured quite a bit. After three years of friendship, one starry Fourth of July, the sparks between them erupted and instead of watching the fireworks, they left the event and created some of their own.

After they got together romantically, Kathy and Ed quickly discovered what an issue time would become for them. They were both very busy and enjoyed living alone. And yet, they also felt the desire to be with each other and to be partnered as they grew older. They began to fight about how to proceed.

They came to see me for some help and after one session, they decided to put the idea of living together on hold for some time. Instead they decided to focus the relationship on building their incredible connection. They agreed to prioritize finding ways in their busy lives to relax and play with each other, celebrating their deep companionship. One Saturday evening, they planned to sleep at Ed’s place and have some serious connecting time. When Ed’s assistant called just as they had returned from dinner about a big deal set to close on Monday, Kathy knew it was very important. As he talked on the phone, she went to bed and fell asleep.

In the morning, Kathy felt irritated. The one night they had reserved for each other that week was usurped by work. She knew Ed needed to take the call and resolve some pressing matters, but she was still upset that some of their precious connection time was robbed. In addition, she was reluctant to give in to her irritation because she knew on any given night that she could be the one to interrupt things with important work matters. Ed sensed that she was upset and asked her about it, but she said she wasn’t ready to discuss it. She wanted to sort through her feelings a little bit more before she expressed herself and see what really needed to be discussed.

As the morning wore on, Kathy and Ed stayed in bed, cuddled and talked. Ed decided to just lounge instead of going to the gym early. They laughed and caught up on all sorts of things. They experienced the connection that they had put aside the time for the night before. As Kathy warmed up to the connection, she asked, “OK, do you want me to tell you what I am upset about now?”

Ed laughed and took her close. He said sweetly, “Can’t this be enough?”

Some of you reading might be upset by this. Why would Ed shut her down? Why wouldn’t he open up the table for discussion? Isn’t that what being in a open and honest relationship is about? But Kathy felt relieved. What Kathy experienced in that moment, instead of rejection, was Ed’s leadership. He was steering them away from tainting the powerful moment and keeping them in the light of their connection — the very thing they had agreed to center their relationship on. Besides, Ed had offered to make space for her to talk when she was visibly upset earlier, when she had exercised her leadership and refrained from starting the day off on a sour note with her unprocessed irritation.

Ed’s avoidance gave permission for Kathy to enjoy the moment and let it go. It was as if they had the conversation without having to have it.

They spent the rest of the day enjoying each other’s company.

We know the limitations of avoiding big conversations and feelings in relationship on a regular basis, so avoidance is obviously not recommended as a long term strategy. But it can be used in moments, in small doses, as in the story above, to preserve a more important, agreed upon value.

*names have been changed, much gratitude for their letting me borrow their story

2 responses to “Leadership and Avoidance: A Sometime Strategy”