Are You Stuck in Freedom? 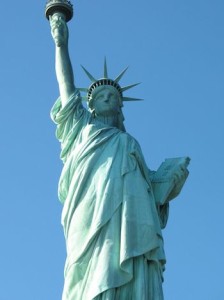 I was talking to a man who described his terrific new full-time job very apologetically. “I know I gave up the freedom of being an entrepreneur, but this is good for me and my family. I’m not my own boss, but I feel more relaxed, with the health insurance and not having to scramble for work.”

It was good work. Work that he excels at. Work that enables him to do his art in his spare time. I felt compelled to validate him.

“I know you say you ‘gave up’ freedom, but it sounds like you got a lot more of it.”

Whatever it was, it’s possible that this experience has become the ultimate cornerstone of freedom for you. It is a definition you will live by and fight for, but sometimes, to your very own disadvantage.

For example, I meet men who are lonely. But when faced with the opportunity to love, they cannot tolerate what they perceive as the loss of freedom that a serious relationship poses. Their definition of freedom has not evolved from the carefree state of bachelor, and they believe that another person’s needs and desires can limit them. Their hearts are enslaved not by others, but by their younger notions of freedom.

Similarly, I’ve heard women complain that motherhood has cost them their freedom. Certainly, life changes include the very real loss of certain liberties. As a mother you have to put another being’s need before yours. That obviously cramps a carefree style. And it poses a huge threat to the identity of someone who can do what she wants when she wants to.

But I believe freedom evolves. At one point in your life it means one thing, and at another point it means another thing.

I’m not convinced you can’t be a mother and be free, if you can allow your definition of freedom to change.

Here are some questions I’m pondering. On this Independence Day, I invite you to join in and reflect in the comments section.

Happy Fourth of July! May it be for you and yours, a true celebration of freedom.

14 responses to “Are You Stuck in Freedom?”