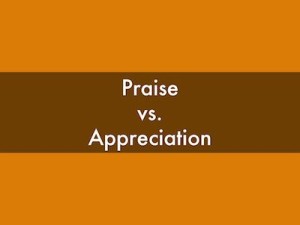 I was consulting with a business owner and CEO who was on the brink of loosing several key people (and who is also a fan of the blog and generously offered this story!). The employees of his firm of about 25 people perceived him as distant, arrogant, and disengaged.

According to interviews with them, he was barely in the office. He would pop in for a few hours, seemingly only to make suggestions. He was alternately chummy and disdainful. He would always make time to hear their suggestions but never implemented them, conveying an air of intellectual superiority. His team stopped making suggestions. They reported that their boss seemed to want to be somewhere else, and that he didn’t really care. They liked the work but were frustrated by the lack of the guidance and encouragement they craved.

According to the CEO, he cared about his business tremendously. He was out of the office taking meetings and attending conferences that would enrich the business and create new opportunities. He believed he brought calm to the office when he arrived. He illustrated several ways that he was putting sufficient effort into corralling the team at meetings, offering opportunities to get together outside of work and boost employee morale. He would often introduce some of the rich thoughts he was pondering about the business or even about life and share them with the office to help spark their creativity.

From his perspective, he couldn’t be more engaged. I asked him where he thought the experiential break down might be, and what he thought he was or wasn’t doing that could be causing his team to perceive him as arrogant and uncaring.

He humbly admitted he had No Idea.

I joked that since he couldn’t possibly have hired a team completely comprised of delusional complainers, there must be some reason for the disconnect: some cultural, generational or philosophical assumption that could be warping the connection. I inquired how he would define his leadership philosophy.

He supposed his leadership style derived mostly from his cultural and religious background. His family migrated to the States when he was very young, and they stayed connected to the people and customs of their country of origin via a spiritual community devoted to scripture and meditation. He was very open about this part of his life at work. I asked him some of the beliefs he tried to live by, and he revealed that one of the main goals of his traditional practice was to attempt to Rise Above Praise and Blame. He tried very hard not to blame his employees when they screwed up. But he never praised them, either.

I could see how this strategy could cause some problems. “How do you let your employees know when they’ve done a good job?”

“I don’t,” he explained. “Why should I praise them for doing the job they are being paid to do? I don’t want to them to seek me for job approval. I want them to do their work.”

One aspect of this particular divide became clear: This hard working, committed leader did not know the difference between praise and appreciation.

I had to agree with him about some forms of praise: Praise can be empty. Praise can uplift us, but not always fortify us. Click To Tweet “You’re so amazing.” “You’re so talented.” “You are such a nice person.” “You are such a good worker.” “You are doing a great job!!!” Praise has no specific reflection of value, worth, impact or guidelines attached to it. It can seem insincere.

Appreciation, on the other hand, is an active expression of gratitude.

When you openly appreciate someone, it communicates that their talents and efforts are being seen, and that they are making an impact. “Thanks for your hard work on the launch this week — Your commitment and availability really made a difference.” “We never would have scored that account without your repeated efforts.” “When you work on that level, you improve the reputation of this company.” Appreciation goes hand-in-hand with encouragement: “Your results surpassed my expectations and made all our jobs easier today. Keep it up.”

Appreciation can also be expressed in gifts, raises, promotions and special privileges.

Appreciation is not empty praise. It breeds connection, and reminds people of their importance and relevance.

It is an essential element of partnership and teamwork.

I asked him if he had a favorite sport. It was soccer, which was timely.

“Can you imagine if one team member who scored a lot of goals — which of course is his job — was neither heralded or high-fived at any point?

He smiled and shook his head no.

“That’s genuine appreciation. It nourishes success and teamwork. It urges each player to play their best. It’s not praise. It’s something else.”

He paused. He would have to ponder this.

One response to “Leadership, Praise and Appreciation”