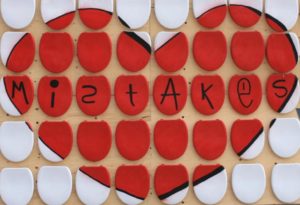 While co-leading a one-day version of Women Writing to Change the World, I made an observation and a leadership faux pas that I hope will provide insight for anyone leading staff, employees, boards or families.

Early on in the workshop, when it came time for the women to share what they had written, many prefaced their readings with a loaded disclaimer: that their writing couldn’t hold a candle to that of the previous reader.

We’ve all probably uttered this type of seemingly harmless backhanded compliment at one time or another: That’s an impossible act to follow; I can’t believe I have to share mine after that!, etc. However, in this workshop, I didn’t want to ignore or support this kind of competition, because a) it’s self-deprecating; b) it leaves the prior reader feeling uneasy about their accomplishment and c) in keeping with the theme of the workshop – it’s nearly impossible to find the courage to change the world when you’re defaulting to comparison mode. So I explained the patriarchal root of this type of self-demeaning, creative competition which keeps us disconnected from each other. I suggested that, in the spirit of true creativity and moving forward, we all stop using these types of disclaimers.

But my effort to set clear guidelines backfired. In fact, the comparative down-playing among participants seemed to increase. I was beginning to think my intervention was all in my head until late in the day, when one participant responded to another’s I can’t believe I have to follow her! by saying, “Um, we’re not supposed to do that.”

So I had said it aloud! But what happened? I was reminded that when a correction is involved, simply telling people what not to do generally doesn’t work (another patriarchal default). My prescriptive intervention was likely experienced as controlling, which would make anyone want to react as though they hadn’t heard it, or simply do the opposite.

More importantly, this group of women were supremely talented, and comparison was inevitable. By being didactic and creating a boundary, I neglected to address the underlying purpose of the behavior, which was helping people to manage the vulnerability and discomfort of sharing spontaneous work.

What could have worked? Inviting readers to consider the impact of self-deprecating remarks on their creativity and on others, and opening up a dialogue about the behavior instead of the slightly shaming declaration that we stop it. Curiosity, and a playful tone, with questions such as: What’s it like when you’ve read, and then people say they don’t want to read after you? What is the impact of putting your own work down? might have led to the discovery of new ways of managing emotional risk.

It’s a leadership lesson I often point out to my clients:

Hold people accountable for their behavior through constructive inquiry; not by criticizing and telling them what to do.

How do you hold people accountable for their behavior? What works about it? What needs tweaking? Of course, if you are guilty of this behavior and it hasn’t been working, extend to yourself the same curiosity you would to them. Be gentle with yourself in learning a new way to work with accountability.

12 responses to “Smashing the Patriarchy, One Comment at a Time”