The Truth About “It’s Just Not Who I Am.” 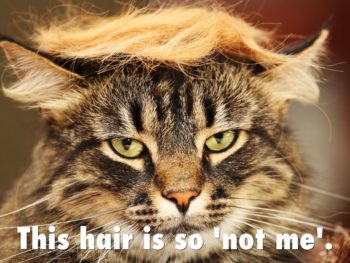 In 2016, before he was president, Donald Trump declared that he would not take the advice of his seasoned political colleagues to shift tactics because “It’s just not who I am.” A pundit immediately responded, saying, of course — one has to be true to one’s self — plus, you can’t change someone who’s 70 and stuck in their ways. This brings up a lot of questions about authenticity, malleability, our behavior and our ability to change it. Before we delve in, here are a few other, perhaps more relatable situations in which I’ve heard people use the “It’s just not ME” line of late:

A young woman, newly relocated, single and unhappy about it, rejected the advice of joining Meet-up groups as a way to meet new people: “It’s just not me.”

An exhausted director-level software developer worked late night after night, long after his teammates had gone home. When asked why he didn’t ask his team to take on more of the workload, he replied “I would never do that.”

“I can’t, it’s just not me anymore” was my knee-jerk reaction when a family member recently asked me to perform — something I did many years ago — at a big celebration. When we say things like “that’s just not me” in response to a request, what are we really saying? Perhaps we are pointing to our need to be authentic, or being respectful of our limitations, or even being strong and not cow-towing to other’s expectations. But it’s also likely, unless we’re being asked to do something that violates our actual physical limitations or core values, such as scuba diving or shoplifting, that what we are really saying is:

You may also be saying:

It’s not my style.

Which are very different responses. Perhaps, more honest, authentic and empowered ones, because they contain choice.

Do we have a choice when it comes to our behavior? To what extent is what we do who we are?

Shifting behavior, or learning new behaviors, is a huge component of personal growth. It is also usually chaotic and uncomfortable. The process can leave us questioning our identity and vulnerable to our own imperfection, experiences we so abhor that we usually don’t pursue change until we are pushed to the very edge of despair. And when it is others who ask us to change our behavior, it can feel impossible. It strikes a chord deep within that we may not be love-able for who we really are. In addition, change gets harder as we get older, as with time our routine behaviors develop well worn groves.

But let’s look at author / speaker Susan Cain. Cain is a self proclaimed introvert, who’s nature is shy. Pubic speaking did not come naturally — it was definitely “Not Her.” But over time, she found palatable ways to put herself and her work out there. You see, quiet is only one aspect of who Cain really is. She is also generous, wise and ambitious. Allowing those other parts of herself to lead, Cain, through her talks and revolutionary book Quiet, put introverts on the map, giving internally focused people a way to cope and connect with their worth in a society that rewards extroverts.

Cain shows us that our default behaviors are not necessarily who we are. She — as anyone who has bravely taken up the work of behavioral change — knows that it has the potential to allow us to be more of who we really are. So it is an unfortunate mystery that rather than grow, or face and embrace behavioral change that would serve us and those around us, we conflate our routines of behavior with the core of who we are. Declaring that you don’t want to leave your comfort zone because it doesn’t fit with your sense of who you are can be a polished way of remaining stuck.

But if you’ve left empty bottles, socks, towels and crusty smears of food on plates all over your living space, and your significant other asks you to please be neater; or your sibling asks you to wear a funny hat at your niece’s Mad hatter-themed birthday party; or when your doctor tells you it’s time to quit something if you want to live longer, before you say, I don’t think so — it’s not who I am, think again. If you’re honest you’ll realize, that the more truthful response is – I don’t want to. And if you’re really honest with yourself, you’ll hopefully find another part of you that cares about the impact your behavior has on the people and the environment around you. And then, if you choose to be true to those parts of you, the world is your oyster — that is, naturally if oysters are You.