Which Type of Narcissist Are You? 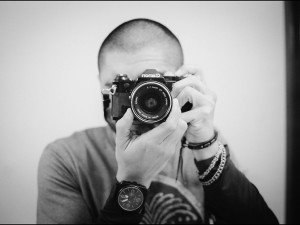 In the middle of a risky conversation with a steady boyfriend, one in which we were confessing our doubts about moving to the next level, he brought up the dreaded N word. The other N word. He was concerned that I might be a narcissist.

Gulp. I had just come from a conversation with a colleague who referred to the selfie stick as “the narcisstick,” complaining about our culture’s bloated obsession with self-promotion, and, since I do a fair amount of promoting for my online consulting business, I hoped that my newish boyfriend was reacting to that.

But just to be sure, I asked him what specific behaviors of mine fall into the N word category: “Do I talk about myself too much? Am I inconsiderate of your feelings and needs? Is it my social media use?”

“No. It’s not that at all,” he reassured me. “It’s when you are in a group of people, you act cold and stand-offish, like you are above everybody.”

“Ohhhh,” I sighed with relief. “You mean I’m arrogant!”

Yup, I’ve gained some less-than-attractive coping mechanisms to deal with my social anxiety. We laughed at how, even though he saw them as the same thing, I’d rather be accused of arrogance than narcissism. The conversation, in addition to opening up a new world of understanding between us, provided a new addition to the list of the ways the word narcissist is being used these days.

The term was originally culled by a psychologist named Havelock Ellis (later made famous by Freud, in a paper called On Narcissism, 1914) from the Greek myth of Narcissus, a handsome God who fell mercilessly in love with his reflection in a pool of water. Narcissism has come to represent not only a real DSM personality disorder that renders its host incapable of true empathy and susceptible to grandiosity, entitlement, manipulation and fits of rage when things don’t go their way — but also a wide a variety of traits that smack of self-absorption.

In addition to arrogant, self-promoting, vain and entitled — an artist friend, needing funding to execute his next project, wondered if it was narcissistic to raise money via online crowdsourcing.

A character on one of my favorite TV shows, Six Feet Under, said:

” . . the thing about Narcissus, it’s not that he’s so fucking in love with himself, because he isn’t at all, he fucking hates himself. It’s that without that reflection looking back at him… he doesn’t exist.”

Here, narcissism is equivalent to self-hate. The idea that the “self-love” a narcissist projects masks a deeper wound of self-loathing — a narcissistic wound caused by immature, self-serving, contemptuous parents, has been well-documented by several famous psychologists, including Alice Miller in the classic book The Drama of The Gifted Child .

Last week, a man, gazing up at Donald Trump on a convenience store TV, turned to me and shook his head. “What a narcissist.”

I couldn’t agree more, but I couldn’t help wonder if what he really meant was, egomaniac.

Then there’s healthy narcissism, in which you care about your image and endeavors just the right amount (is this measurable?).

When you call someone a narcissist, which narcissist are they? And does it matter? With so many traits that it represents, perhaps narcissism is a modern plague that has infected us all. The myth of Narcissus seems to be an everyday reality, with each of us mini-Gods compulsively gazing endlessly into the reflection of our collective devices. It’s easy to look at Trump and turn our noses up, but harder to see where our own self-absorbed behaviors, such as repeatedly hijacking conversations or letting our self-hatred run the show, leak out.

If narcissism is here to stay, then maybe maybe the best thing we can do is own it, play with it, and step into our authority by taking charge of it. Because whether you have actual narcissistic personality disorder (if you do it’s unlikely that you’re still reading this); or you play the dinner guest who monopolizes the conversation; or you frequently exaggerate your stories a little too broadly for effect; or you perpetually descend into self-loathing; or you are snobby; or compelled to document and broadcast every activity of your lives via social media; or some combination of all of the above, these behaviors happen to be a part of what make us varied, quirky and human.

And as we take ownership via acceptance, humor and humility, let’s not forget that what makes these behaviors troublesome is how threatening they are to real intimacy. If you are disconnected from your sense of empathy, you cannot truly see or know another. If you incessantly talk about yourself and inflate your own self-importance, you’ll bypass all those opportunities to enjoy the exchange of energy that makes true connection possible. If you are perpetually arrogant, you alienate others and suffer isolation, and if you are constantly documenting your experiences, you are not in them, and likely, not present with the people you share them with. And finally, if you are in love with your image only, you cannot experience the multi-dimensional bounty of your own heart.

If your self absorption is working for you, there is no reason to transform it. But if, despite your Instagram following, you feel isolated, lonely, longing for connection and frustrated in a world where true connection is becoming scarcer, see if you can, a little more often, peek up from your metaphoric pond and take in who and what is around you.

Tell me your thoughts.

14 responses to “Which Type of Narcissist Are You?”