Why I’m Leaving Leadership for Authority 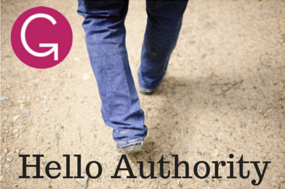 Do a search on Amazon for leadership books and more than 133,000 titles come up. In that saturated space, some authors — mostly white males, some who have never really led — will explain how to lead other people, small to very large groups of them, and others will teach how to lead within your own life. Read enough of them, and you’ll start to see a formula on how leaders should BE: authentic (hard for many to really know what that means); humble; curious; calm, empathetic, open, and funny.  You’ll also collect a list of behaviors of what leaders should DO: Serve (this can border on religious); listen more than talk, and empower by coaching. They shouldn’t act bossy, they don’t “manage,” and, heaven forbid, they certainly don’t micromanage.In my recent years as a leadership mentor, I have written about some of these “to Be’s and to Do’s.” And yet, when I work with people who consciously want to be effective leaders in life and work, I see them trying to be all of these things at once, as if good leadership is a step-by-step formula that can be learned from a book. The focus on being a good leader trumps the focus on their actual job.Personally, my thinking on leadership started to shift over a decade ago. I was visiting my then boyfriend in a tiny Los Angeles rental with big windows overlooking a canyon. I was irritated. He was being all wishy washy about something, what it was I can’t recall, but I clearly remember leaving for a short walk in those dry hills. When I returned, he was on the phone with a colleague who had called with a somewhat urgent problem. I sat down on the couch pretending to read, and listened to him — now calm, curious, problem solving — consult with his friend. All of my resentment melted away, and respect sprung up in its place. What was it about listening to him at work that made me want to stay in that room with him forever?After some reflection, I understood what was so attractive about him in that moment. He was acting in his authority — his knowing and power. As he connected to his work role, he became focused, present, in his mastery. His voice got deeper. The pauses he took had meaning. The way he paced slowly back and forth, headset cord dangling from his ear, radiated purpose and vitality. He wasn’t focused on behaving a certain way, he wasn’t trying to perform. He just followed what the situation called for.While leadership remains one of my favorite things to study, and still needs to be written about, I find it has also become one dimensional, amorphous, and quite a bit removed from the everyday realities of actually leading. In addition, the leadership space is crammed with philosophers who haven’t actually done much leading. These are some reasons I am “leaving” it in favor of authority.Authority can be an equally useful framework for people searching for power and integrity in their personal and professional lives, and it needs some attention and explanation. People in positions of power who are abusing their authority, such as politicians, certain aspects of the police and military forces, and even teachers of all sorts, are giving it a bad name. The experience of authority as being someone or something outside of ourselves, as in authority figures, or policy, makes us want to divorce ourselves from the word and the concept. Another reason I’m moving to authority: to set the record straight.As in leadership, authority can be both professional and personal, but unlike in the leadership world, there is a very distinct difference between the two. Professional authority is the power bestowed upon us by the job we are hired to do. When people do not understand their work roles, or accept the real focus or parameters of their jobs, they sidestep or abuse authority, and leadership suffers.Personal authority comes from the ability and willingness to be the author of our own lives. Authority in this context is the antidote to feelings of helpless and hopelessness, to the victim role. With a little work you can find your authority in almost any situation. As I like to say, authority = confidence plus creativity. This is what makes authority irresistible as a force that will draw people to you.We all have an authority sweet spot in our lives. We step into that spot when the joy of and focus on what we are doing is more accessible to us than our sense of lack, insecurity and anxiety. It is where we come alive, access our talents, and love being who we are. For some of us this experience is in one specific area of our lives, and others possess authority across several. My authority is based on years of personal growth, self-exploration and training, and it seems to thrive in service of helping people not only find that sweet spot for themselves, but also translate that experience of authority into other areas of their lives. If you are great at negotiations at work, but a nightmare when fighting with your spouse, what knowledge and skills can you bring from one arena to the other? If you are a teacher able to listen with aplomb and ease to your students, but not to your step-daughter, how can you apply what you know instinctually at work to your new family? And if you come alive when painting, can you approach your entire life as a canvas?If you’re piqued, I hope you’ll follow me as I “leave” the over-crowded highway of leadership and shine a spotlight on authority. When you really understand what authority is and allow yourself to step into it, you will instinctually discover what I did on that day in LA: Authority is Sexy.

12 responses to “Why I’m Leaving Leadership for Authority”