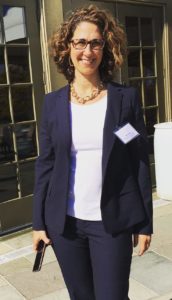 Getting ready to speak

Blair is a writer, an executive and organizational consultant, and leadership mentor. She specializes in helping leaders step into their authority and create a truly collaborative culture that moves the mission and the bottom line forward. She is also a licensed psychotherapist and has been transforming individuals, teams, entrepreneurs and couples with her unique mentoring process since 1998.

Blair consults with couples and individuals from all walks of life, as well as executives, managers and teams at corporations such as Estee Lauder, The Women’s Funding Network, UBS, JPMorgan Chase, Citibank, Working for Women, and Mt. Sinai Hospital in New York.
Click here to view full client list.

She has guest lectured about roles, authority and drama therapy at a variety of conferences and institutions, including The New School, NYU and Pratt Institute, where for many years she was a visiting professor for Creative Arts Therapy graduate students. 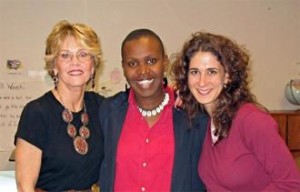 Blair co-lead (2018-19) a retreat for women at the Omega Institute, Women Writing to Change the World with authors Amy Ferris and Sherry Amatenstein. She worked for six years as part of the core staff of Eve Ensler’s nonprofit V-Day, a movement to stop violence against women and girls, corresponding with women all over the world about issues of empowerment. Through her experiences with V-Day, she developed and facilitated The Vagina Monologues Workshop, a creative approach to sexual empowerment for women, which she taught in New York City, Santa Fe, Los Angeles and at Omega Retreat Centers in New York and in Austin, TX. She was then hired by actor-activist Jane Fonda to facilitate an empowerment workshop for a group of teenage girls. 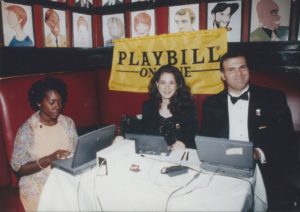 Blair is a writer and a speaker who brings a sense of joy, irreverent humor and sharp insight to her articles and talks.

Way back at the dawn of the Internet, Blair became the first online actor-advice columnist when her weekly column “Ask Blair” appeared on Playbill On-Line. More recently, Blair’s articles on intimacy, leadership and authority have appeared online in her blog, in Shondaland; Greatist; Elephant Journal; Huffington Post; The Good Men Project; Realizing Leadership Magazine; Digital Romance; PopSugar; YourTango; UK’s feminist e-zine, FLOW, SexualHealth.com, and in the Hudson Valley Arts/ Spirit / Culture publication; Chronogram. She also authored a monthly column, “Inner Actions” which still lives on Feminist.com, and has completed a spiritual coming-of-age memoir about living in an ashram in her 20s.

Blair attended Northwestern University (B.S.) and received her Master’s degree in Drama Therapy from Vermont College and The Institutes for the Arts in Psychotherapy, where she eventually served as a senior faculty member. She is a NY licensed Creative Arts Therapist. 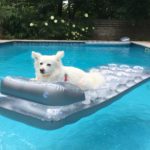 Blair lives with her husband and dog-ter in Los Angeles, CA and Woodstock, NY. When she is not on site or off-site working with a team, she consults with clients by phone, in person, by the beach and in the woods. She can also be found writing in her favorite coffee shops. 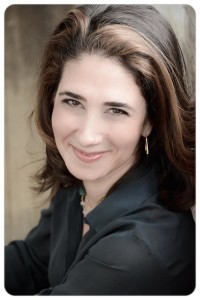 “I think it’s time we do some work, Sweetie.”

Those were the words that changed the entire course of my life, uttered to me at age 16, by a theatre director who also was trained as a body-mind psychotherapist. She wasn’t referring to improving the monologue I had come to see her about perfecting. She was talking about facing the personal issues that were getting in my way, blocking the talent I had so effortlessly accessed as a child.

That woman, Kate Harper-Nodell, became my first therapist, and eventually my colleague and mentor until she passed in 2001. That powerful relationship taught me the indescribable value of having a solid, ongoing connection and steady counsel with a wise person who is unequivocally in my corner. It taught me how to listen deeply, beyond the surface of what was being said, and it ultimately taught me that I was more inspired by long-term personal transformation than by the short-term transformation the performing arts offered.

I devoted my life to the pursuit of transformation, which included teaching acting; living in an ashram; taking a series of empowerment workshops for women; studying Taoism, nutrition and leadership; getting a degree and NYS license in drama therapy (BTW, I thought I invented drama therapy before I discovered it was a real thing), becoming a licensed psychotherapist and eventually, a leadership consultant.

As a result of my rigorous and eclectic training, I’ve worked with women, nonprofits, executives, entrepreneurs and people who have a need to grow — all on creating a sense of leadership. authority and engagement in life and love.

I love what I do, and am eternally grateful for and in awe of my clients.

(even if you’re broke, frustrated or feeling a little hopeless)