4 Ways to Lead in Relationship

This is the third post in the Leadership in Relationship Series.

I. Although it was a special Valentine’s Day dinner, in a very pricey restaurant, we could hear the conversation of the couple next to us all too well. They weren’t loud. We were quiet.

You know how that sometimes is. You just can’t get it up to play the “romantic dinner” scene. There’s too much pressure to feel connected, for the food to be amazing, for it to be perfect.

The famously overused question “What’s the matter?” never worked in that relationship, so I dared not ask it. It was always followed by the all too common answer, “Nothing.”

So we sat. Then, amazingly, he spoke up.

“What could we do that would make this dinner REALLY memorable?

His inquiry perked things up and jolted us out of the stalemate.

“Let’s ask the waitress,” I playfully suggested, as she was imminently approaching.

“Can I get you something to drink?”

“Um, what would you suggest for a couple that’s out of things to talk about, overworked and mildly irritated for no apparent reason?”

The three of us played well together. And when she left, the two of us began plotting to take over all romantic holidays and make them extinct. It was a meal to remember for many reasons.

Lead by inquiry.  This is such an important factor of being able to lead in relationships. The guy asked the right question, with the right tone, at the perfect time. You can lead your relationship from one place to another through inquiry. It’s an art. Learn it, and you’ve got a good chance of relationship success. 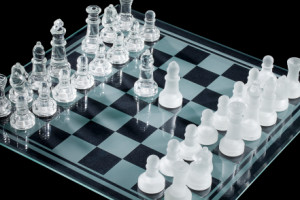 II. Adam, after years of being the stay at home partner, got so involved in a volunteer school board project that they ended up hiring him, paying for skills he didn’t previously know he had. He was alive and on fire.

Although Charlie, Adam’s partner of 10 years, supported Adam, he was also jealous. The enthusiasm that Adam displayed reminded him of how unhappy he was at his well-paying job. Adam noticed Charlie was being distant and dismissive. He couldn’t understand his beloved partner’s lack of engagement. After a couple of fights, Charlie realized he didn’t want to take his dissatisfaction out on Adam. He wanted to search for more meaningful work. He found an amazing job that lit him up, too.

Lead by Example: By following his heart and diving into work, Adam paved the way for Charlie’s expansion. Leading by Example is a less verbal type of leadership, good for those who are “talking averse”. It is a type of leadership that happens naturally, but it can also be an effective strategy when you keep saying you want to change something as a couple (e.g. eating healthier).

III.“He’s so crabby all the time! We just sit there like lumps, watching the TV.”

“What would you like to be doing?” I asked.

Amy listed a number of things. Most of them were very active.

“But,” Amy pleaded, “then we wouldn’t be together!”

She was in a quandary. “Invite him along.”

So Amy signed up for a hiking group. Ed liked hiking. But he wanted to watch the games the first times she went. The third time, however, he surprised her by saying yes. She was thrilled.

Lead by Moving in a Different Direction Amy engaged in another powerful form of leadership in relationship, by changing gears. Like leading by example, moving in a different direction and changing things up can be facilitated with no discussion!

IV. Jason was listening to Molly. She was distraught about an interaction she had with her sister. She went round and round, playing it over, seeking relief. He knew that he was not allowed to “fix it,” but that’s all he wanted to do. Listening to his beloved wife in a seemingly illogical tailspin made him feel helpless and was frankly a little maddening.

He wanted to do something to ease her pain. And then he remembered: “She just wants to be understood.” He woke up and saw Molly. He recognized what had upset her.

“Yes!” She said. “I felt really ignored. And I hate that!” Jason, Molly’s husband of 10 years, actually knew that about her. Now that Molly felt understood, something lifted. She stopped cycling the story. They felt close.

Lead by listening and Reflecting back. Listening is a great relationship skill, but the leadership part of listening comes in the reflecting back. This reflection is not an analysis. It is simply a mirror; your understanding of what is being said  — explicitly or not.

12 responses to “4 Ways to Lead in Relationship”